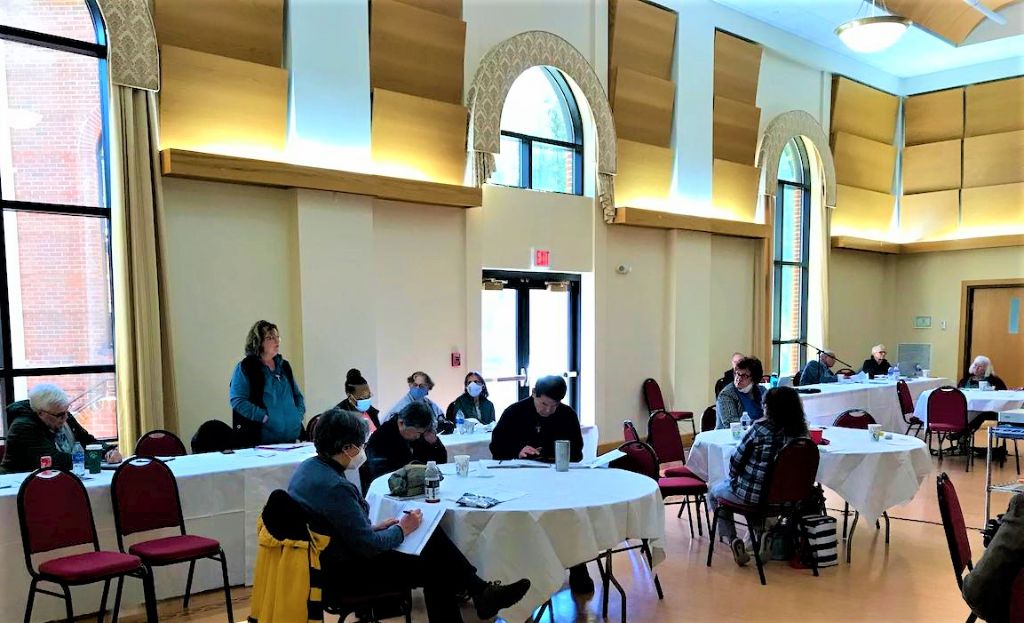 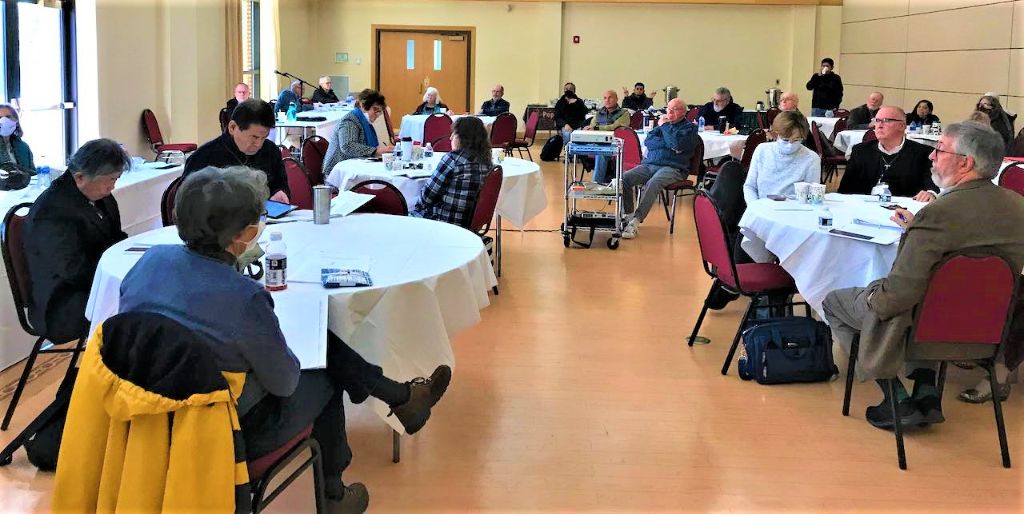 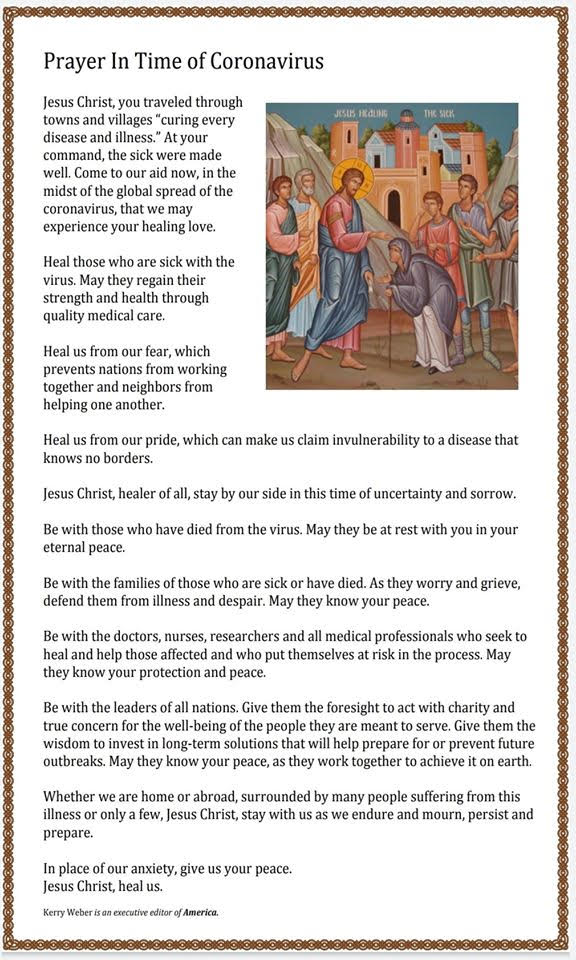 Read the New Testament in a Year 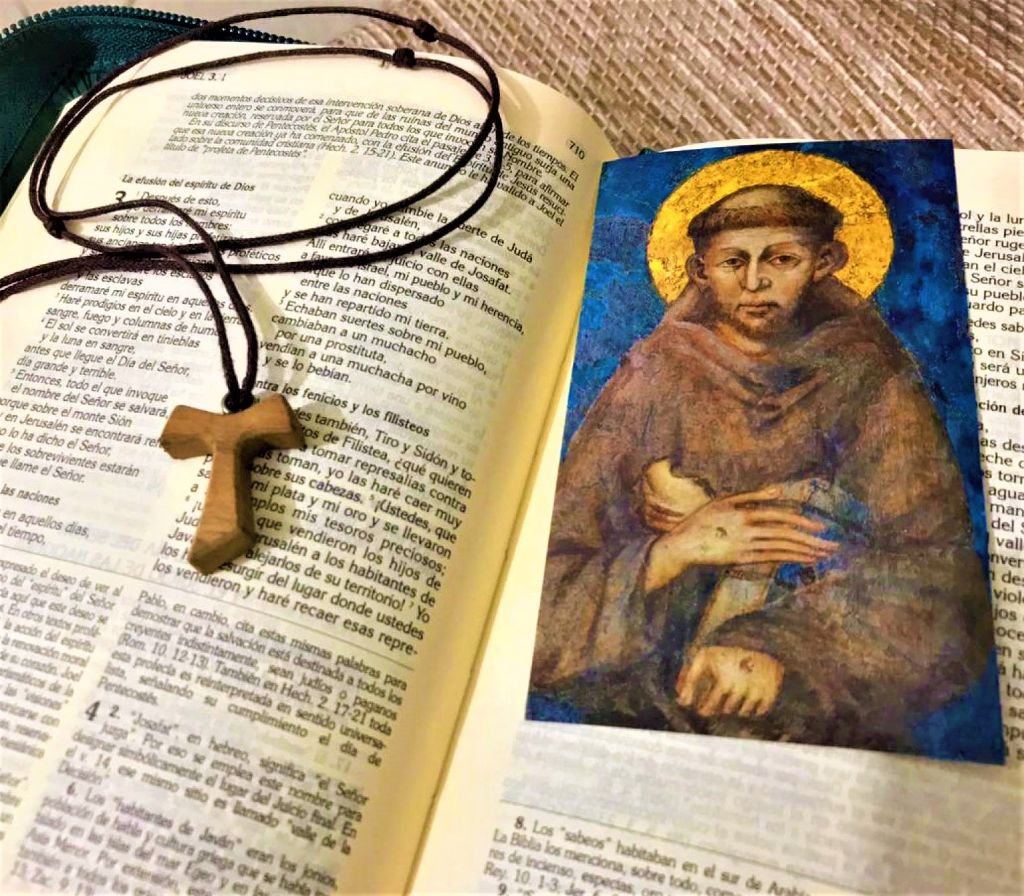 Enlivened by the Spirit
At Annual Regional Retreat
By John Cusick, OFS

Lord, give me the wisdom to always hear your words in the whisper of the wind, and to receive your peace in prayers. Give us the courage to make time for your word and the ability to reflect on it.

Love builds a bridge over which truth can pass.

There’s a reason the Franciscan tau does not bear the image of Christ, said Br. Michael Meza, OFM Cap. “We’re called upon to climb that cross. We put ourselves on that cross.” This is our baptismal vocation as “priests, kings and prophets,” he told the Secular Franciscans of the St. Margaret of Cortona Region.

At this year’s regional retreat, sisters and brothers from local fraternities in several states gathered for the St. Margaret of Cortona annual regional retreat May 31 to June 2 at Priest Field Pastoral Center, to explore the theme of “Deepening Our Vocation.”

Our Regional Minister Bob Longo, OFS, on Friday evening exhorted Secular Franciscans of the region to: “Say to people, have a blessed day.” It was Bob’s way of sharing our Franciscan joy with others and to make a difference in their day, who knows perhaps even bringing someone back to God.

Br. Michael led the retreatants through a unified series of talks interspersed with group liturgies, sharing at meals and social hours, and time for personal reflection. He called upon the Secular Franciscans of the region to deepen their communion with the Lord, Jesus Christ. He pointed out that in Confirmation they received the gifts of the Holy Spirit to strengthen them, and that they are people of faith, called to constant conversion. “We must have the conviction of St. Francis that we are people of faith, called to be part of the Church’s mission to bring God everywhere.” He cited Article 6 of the Secular Franciscan rule, urging us to “go forth as witnesses and instruments of the Church’s mission among people,“ and that, “Secular Franciscans proclaim Christ by their lives and words.”

Urging them to look at salvation through the lens of St. Francis, he pointed out the uniqueness of the Franciscan charism among those of many spiritual families in the Catholic Church: Greccio, where Francis staged the first live reenactment of the Nativity scene, “the expression of Francis’s love for the poor, humble, vulnerable Christ.” He cited the Nativity narratives of Luke’s gospel, pointing out that, “Mary’s ‘yes’ is our ‘yes’” and that Secular Franciscans are called to say ‘yes’ to whatever God is calling them to do.

Called first to “rebuild ourselves” through continuing formation, they are like Francis, called to “rebuild the Church,” at a time when the faith of many has been shaken by scandal. Discerning their roles in this regard is a process, he explained, just as Francis first believed he was called to rebuild the crumbling physical infrastructure of San Damiano and only in time discerned his role to found the spiritual orders that would stand in sharp contrast to the greed and political power that corrupted the Church in his time.

Francis’s exhortation to, “Let us begin anew,” said Br. Michael, does not mean that Secular Franciscans need to start over at the beginning, rather, “Let’s start something new.” Turning to the sacraments for inspiration, he pointed out that it is necessary for us to be in proper relationship to God and neighbor, and that sin “breaks all these relationships of communion.” He urged them to frequently make use of the Sacrament of Reconciliation and to receive Christ’s body and blood, pointing out that, “We will always know that we are in communion with the Father, Son and Holy Spirit because we receive him in the Eucharist.”

Br. Michael urged retreatants to see their fraternities as an extension of their families. “Your gifts have to be used for them and their gifts have to be used by you.” Concerning their mission, he cited Pope John Paul II’s exhortation to Secular Franciscans from his “Vida Consecrata” (Life of the Consecrated): “Present yourselves to the world as a community of love.”

Breakout sessions inspired lively discussion on three questions: “Who is Francis for Me?” How can I inflame Francis in my life and community?” and “How can I show my Franciscan love for everyone: to my children, grandchildren, great grandchildren and those who do not know Christ.”

One fraternity member said she enjoyed the group discussions and during reflection time, a walk down by the river that flows past the retreat center near Kearneysville, W.Va. “We talked about how things are going to change in our lives,” Barbara Lange said she appreciated the several references to the Secular Franciscan rule and statutes included in Br. Michael’s talks.

Another sister liked the short breathing exercises and centering prayer with which Br. Michael began each session. “What struck me about Br. Michael’s talks was how he emphasized the significance of Baptism. He spoke about how most of us don’t recall our Baptism, but we do recall our Confirmation and our saint’s name. And he spoke on how we as Catholics renew our baptismal promises every year at Easter.”

Retreatants enjoyed plenty of time for reflection and evening social hours, prayed together the Liturgy of the Hours and attended Mass together in the Priest Field chapel. 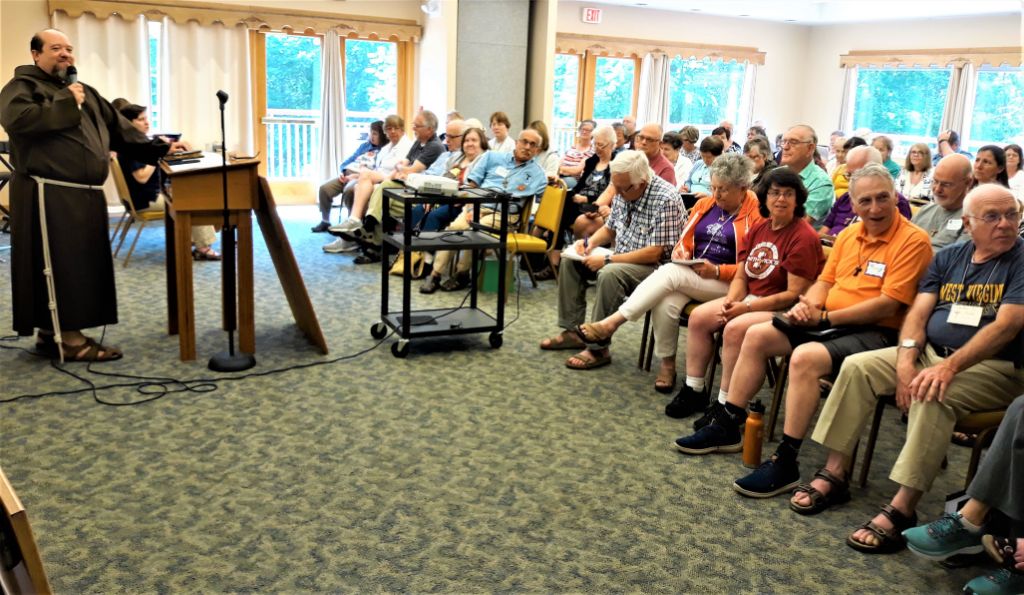 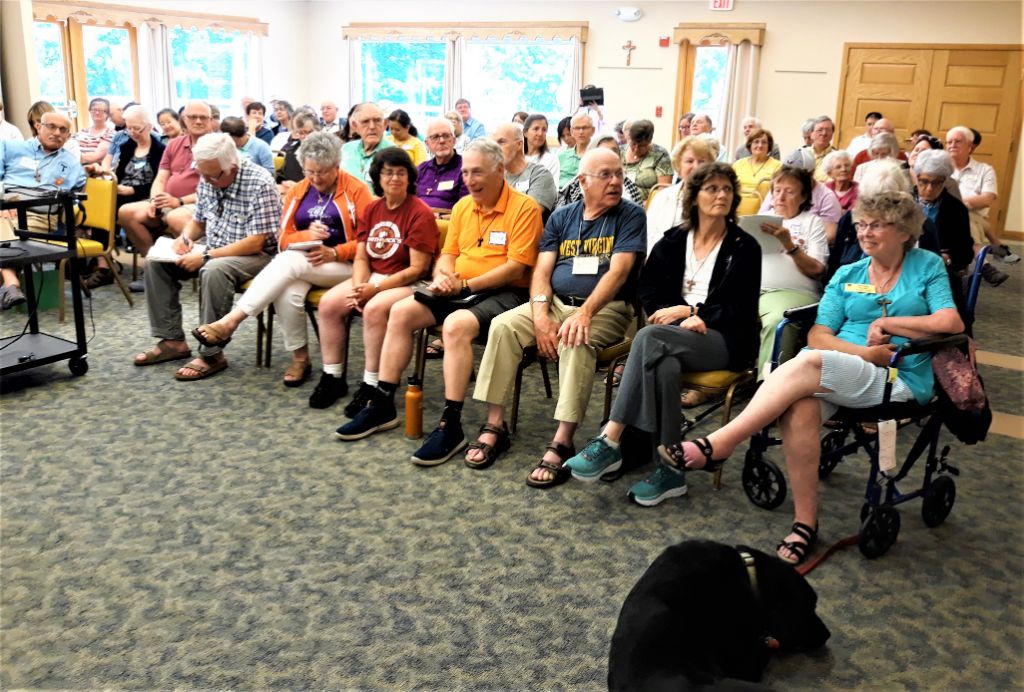 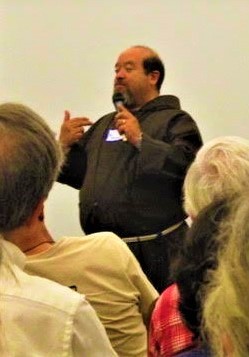 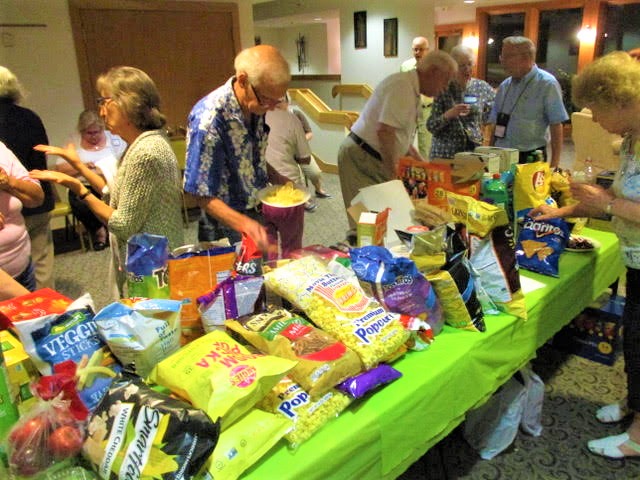 2019 Day of Reflection for Inquirers, Candidates and Newly Professed 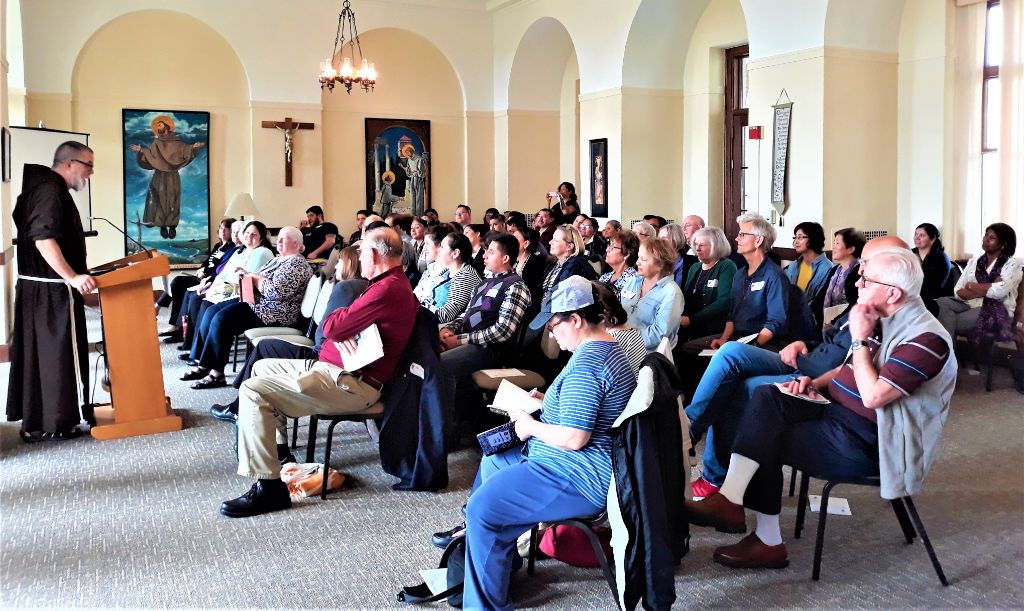 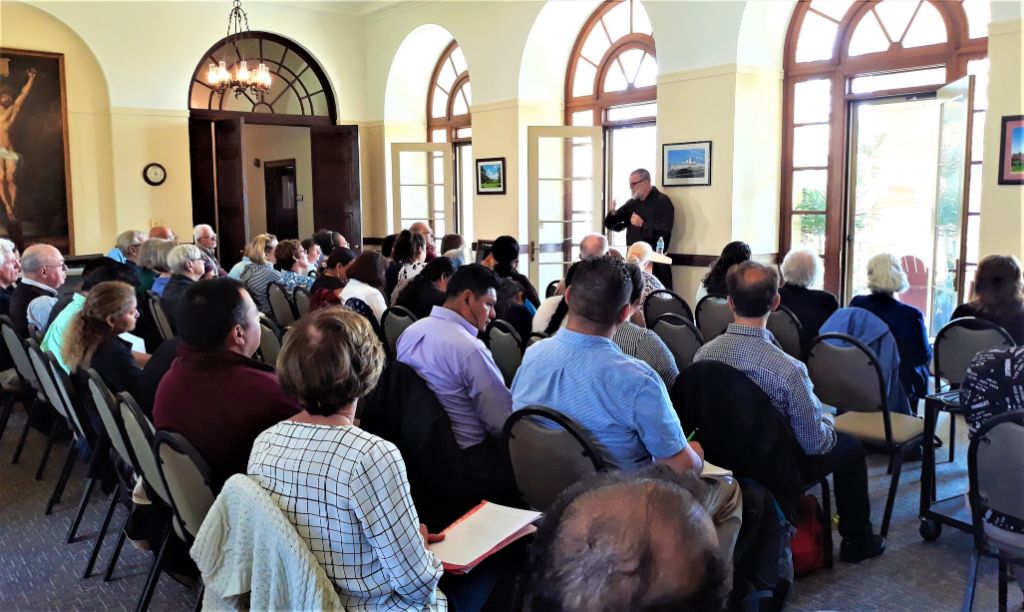 Please e-mail Bob Longo, OFS, with any concerns, updates, or ideas for this website at: blongosfo@gmail.com